A little over 7500 coins have traded hands on BTC-E in the last 15 minutes, which is right around the exchange’s daily volume traded. What’s going on? Something smells fishy in Russia… or is it Romania? 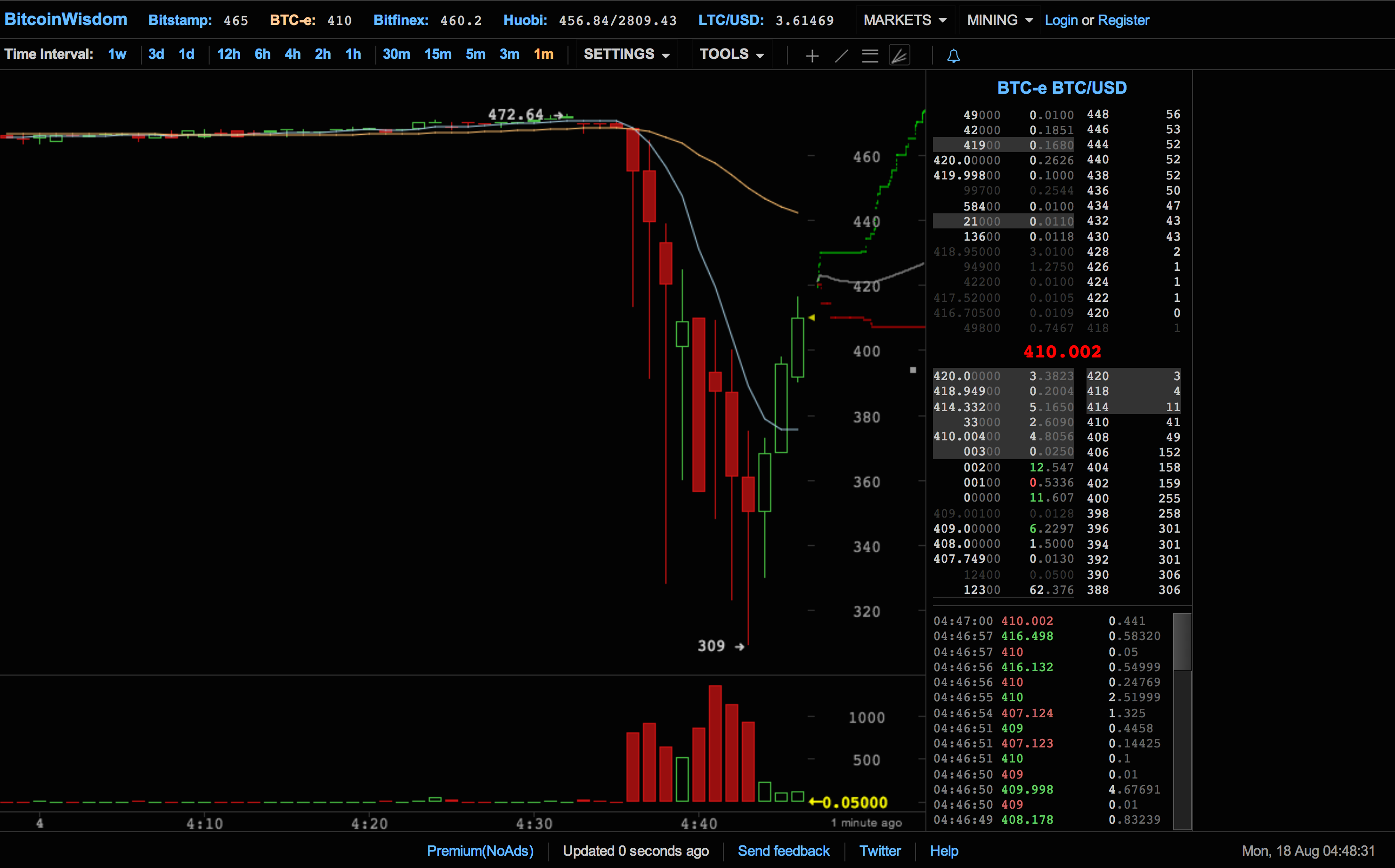 The question remains — why would anyone dump on the BTC-E market? Perhaps an algo gone awry, but everyone knows BTC-E is worthless for FIAT, a true roach motel, so any trading activity would ultimately be consummated in a withdrawal of BTC or LTC back to the traders’ wallet. Was this a vapid attempt at market manipulation to drag the Chinese Dragon?

Other markets are reacting to the sell off, with both Bitstamp and Huobi seeing a collective 5,000 BTC sold off between themselves in parallel with BTC-E.