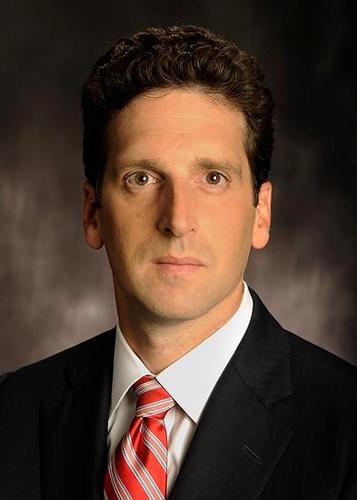 New York State Department of Financial Service’s (NYSDFS) recent unveiling of their planned regulations for bitcoin sparked lively discussions on internet forums, mostly on the part of bitcoiners, damning the regulations and plans for a so-called “BitLicense.”

The most vocal in the community seemed in unanimous agreement that bit-specific regulations were an over-reach and would hurt the US bitcoin business landscape, in particular New York. This includes the controversial Bitcoin Foundation, which lessened the learning curve of regulator’s and intelligence agencies when it came to bitcoin and, perhaps, quickened the rate at which such regulations could be developed.

New York first brought to light the “BitLicense” concept in fall 2013, introducing the regulatory regime as a means to protect consumers and root out wrongdoing without stifling innovation by virtual-currency businesses in New York.
All companies that store or exchange virtual currencies for cash would have to obtain a license from the state under rules proposed by Benjamin Lawsky, New York’s superintendent of financial services ,who once held an AMA on Reddit.

“Setting up common-sense rules of the road is vital to the long-term future of the virtual currency industry, as well as the safety and soundness of customer assets,” Lawsky said in the statement, virtually the only peep on the internet I could find in favor of a such regime.
A preliminary version of excerpts of the regulations, unfortunately for the state of New York and Lawsky, evoke classic “lol” moments. For instance, in section 200.8(b):

BitLicenses businesses, therefore, cannot invest or hold their ANY of their profit in bitcoin, ONLY in so-called “high-quality” US Dollar related assets. On Reddit, one individual commented:

You will be told this regulation is to protect the business (and therefore, its consumers) from Bitcoin exchange rate fluctations, but if Bitcoin businesses are forbidden from holding their profits Bitcoin, then what are those businesses forced to do?
Sell their Bitcoin – driving down prices, reducing demand.

This part of the regulation has one purpose, and that is to prevent the rise of Bitcoin as a reserve currency. It simply makes no sense that a BITCOIN BUSINESS cannot hold ANY of its earnings in Bitcoin.

This was written by the banks, for the banks.

Important to note, for the safety of consumers, are some of the fundamental reasons bitcoin has germinated and sprouted as it has – in a manner commanding of the planet’s attention. Lest we forget bitcoin, and for that matter New York, do not exist in a vacuum, an examination of the facts surrounding bitcoin’s technology are in order, and for that we can turn to very recent events. Scant a reason befalls me to setup the following recent events with their historical precedents. They speak for themselves, quite frankly, to even the very layman.

In recent weeks, particularly since the Crimean Crisis heated up, de-dollarization discussions have countered western talks of sanctions on Russia, with namely Russia and China leading the campaign. But it appears the idea has caught fire. France has noted de-dollarization as an important step towards modernizing the global financial system after US authorities a couple weeks ago fined BNP Paribas, a US bank, $9 billion for ignoring certain US sanctions. Michael Sapin, France’s finance minister, called for a “rebalancing” of currencies in international trade. According to the finance minister, what’s happened to BNP Paribas should “make us realize the necessity of using a variety of currencies.”

“We [Europeans] are selling to ourselves in dollars, for instance when we sell planes…Is that necessary? I don’t think so. I think a rebalancing is possible and necessary, not just regarding the europ but also for the big currencies of the emerging countries, which account for more and more of global trade,” Sapin said.

ZeroHedge ran a headline last week that BRIC nations have essentially become an “anti-dollar alliance.” The Russian Central Bank’s governor met with Vladimir Putin to report an upcoming ruble-yuan swap deal with the People’s Bank of China and Kremlin on how to proceed with a new trade alliance going around the water. That was announced lately with a “mini-IMF,” formed by BRIC nations, Russia and China. 40 central banks are betting the yuan will in the future play a greater role in international trade.

Approximately 50% of cross-border loans and deposits are done in US dollars. According to a recent global survey $5 trillion was traded each day in foreign exchange markets. The dollar was one side of 87 percent of all trades. This role is crucial to maintain the American consumers standard of living, but nothing lasts forever – especially reserve currencies. Moreover, major US banks – the ones which caused the crisis Lawsky claims he works to prevent from happening again – are currently more profitable than ever.

With so much risk held by US dollar-holders, and his predisposition to protect consumers, how has Ben Lawsky arrived at the conclusion that trapping consumers in the US dollar is in anybody’s best interest? It is probably a long, winding biography, but certain things are known.
Lawsky’s agency has been a particularly vindictive one. Under Lawsky, the NYSDFS accused Standard Chartered of being a “rogue institution,” masking over 60,000 transactions for Iranian banks and corporations. Lawsky alleged greed, calling the 150-year old bank “a front for prohibited dealings with Iran – dealings that indisputably helped sustain a global threat to peace and stability.” The bank countered, stating it “strongly rejects the position and portrayal of facts by the agency.”

The bank was cooperative despite Lawsky’s agency’s strong, bull-headed language, stating the bank was reviewing its “historical US sanctions compliance and is discussing that review with US enforcement agencies and regulators.”

The NYSDFS accused senior executives of suppressing complaints, noting a 2006 complaint in which the bank’s chief executive for the Americas wrote bosses in London that the transactions had “the potential to cause very serious or even catastrophic reputational damage to the group.”

The response was hostile: “Who are you to tell us, the rest of the world, that we’re not going to deal with Iranians.” According to Lawsky’s department, it examined over 30,000 internal memos, e-mails and other documents in its nine-month investigations. Lawsky’s office won a $340 million fine in court.

But did the senior banking executive have a point? What jurisdiction does Lawsky’s office in targeting a London bank? What was the motivation? To protect consumers? Iranians have historically been a cooperative people in international trade, and many of the sanctions lofted at the country arise out of American jingoism. In other words, a truism, that not all Iranians are terrorists…
Nonetheless, Lawsky’s office earned a considerable sum in its pursuit of Standard Chartered, and now it’s turned its focus to bitcoin, leading the world in government legislation for total monitoring, and ultimately managing, of the bitcoin-frontier.
What drives Ben Lawsky?

The only place Lawsky’s regulations make sense, in terms of “protecting the consumer”, is at the interface of fiat and bitcoin – the exchanges. But the scope of these regulations go much further, wherein lies a massive problem for Ben Lawsky, New York and bitcoiners who wish to do business in New York or with New York persons. These regulations even prevent exchanges, like BitStamp, from holding their earnings in euros, despite that the company serves european customers. BitLicenses, in my reading, imply a company incorporated outside of New York, would also need to apply for a BitLicense to do business in New York.

All of this, ultimately, does very little to protect consumers. This is a matter of protecting power for power’s sake. Bitcoin undermines the history of cooperation between banks and government and the transparency regulators have enjoyed while peeking into the financial history of individuals. If the regulations are not much changed by the time they are printed in The New York State Register, Ben Lawsky’s NYSDF will be targeting the global bitcoin market. Much like his office has targeted international banks, his office could potentially go after bitcoin companies, which have done business with New Yorkers, located throughout the world.

Ben Lawsky, ultimately, has mis-identified the problem which bitcoin creates. That is, the main problem with bitcoin is not money laundering or consumer fraud, but, rather, that our fundamental understanding of money and financial regulation, has been challenged. The idea of bitcoin goes a far way to put him out of a job. Maybe that’s the problem.