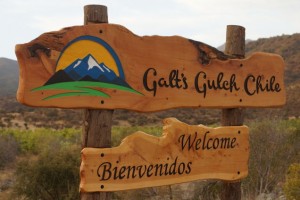 Bitcoin has been hit by yet another multi-million dollar scam – this time in Chile.

Atlas Shrugged, a book by Ayn Rand, details individuals who left America for their own free market paradise, inspired a real-life Galt’s Gulch, Galt’s Gulch Chile. It turns out the only thing investors and land purchasers were volunteering for at Galt’s Gulch Chile was to be defrauded.

It appears that the would-be “fully self-sustaining community” — with a Bitcoin-IPO’d organic farm — won’t have the chance to shake off “the oppression of the over-regulated, over-taxed, war-riddled and welfare-riddled society consuming the world.”

But Wendy McElroy came forward with some grave truth about the project:

Shortly after purchasing, I received an unsigned email through the webform of a site I maintain. It informed me that GGC was a fraud. One reason: GGC lacked water rights. In Chile, purchasing surface land and water rights are two separate processes. GGC is desert terrain, rather like California, and water rights are absolutely necessary for a community to be established.

McElroy learned eventually that she didn’t actually own her plot, because the development wasn’t actually authorized to sell lots that small:

I had the opportunity to ask a question of the salesman who showed my husband and me “our property.” I claimed it because I fell head over heels for the most beautiful tree I’ve ever seen. I felt an instant connection as though the two of us were old souls who had found each other. I could believe it, I could see it… waking up each morning and having coffee under that tree, telling it about my plans for the day. Months later, in a Skype conference, I asked the then-GGC-alienated salesman, “When you ‘sold’ us the property, when you printed out a photo from your phone that read ‘Wendy’s tree,’ did you know you could not legally sell us the lot you were offering?” He said, “That is correct.”

In her persistent investigation, McElroy eventually learned that Galt’s Gulch Chile “owes hundreds and hundreds of thousands of dollars to hardware stores [and] service providers” in the nearest town, “ordinary Chileans who are acutely harmed by the project’s malfeasance.”

According to Ken Johnson, project manager for GGC “there are two, possibly three, Bitcoin wallets, which are all accounted for.”

The website, www.galtsgulchchile.com continues to solicit investment and there has not yet been [August 28th, 2014] an official company statement on the situation.